Shed hunting has recently become more popular here in Utah. It is an easy way to get out and enjoy the outdoors but also find a little “white and brown gold”. Usually we start shed hunting late January and continue through the spring. Except for this year. This year there was a ban placed on the entire state until April 1st. 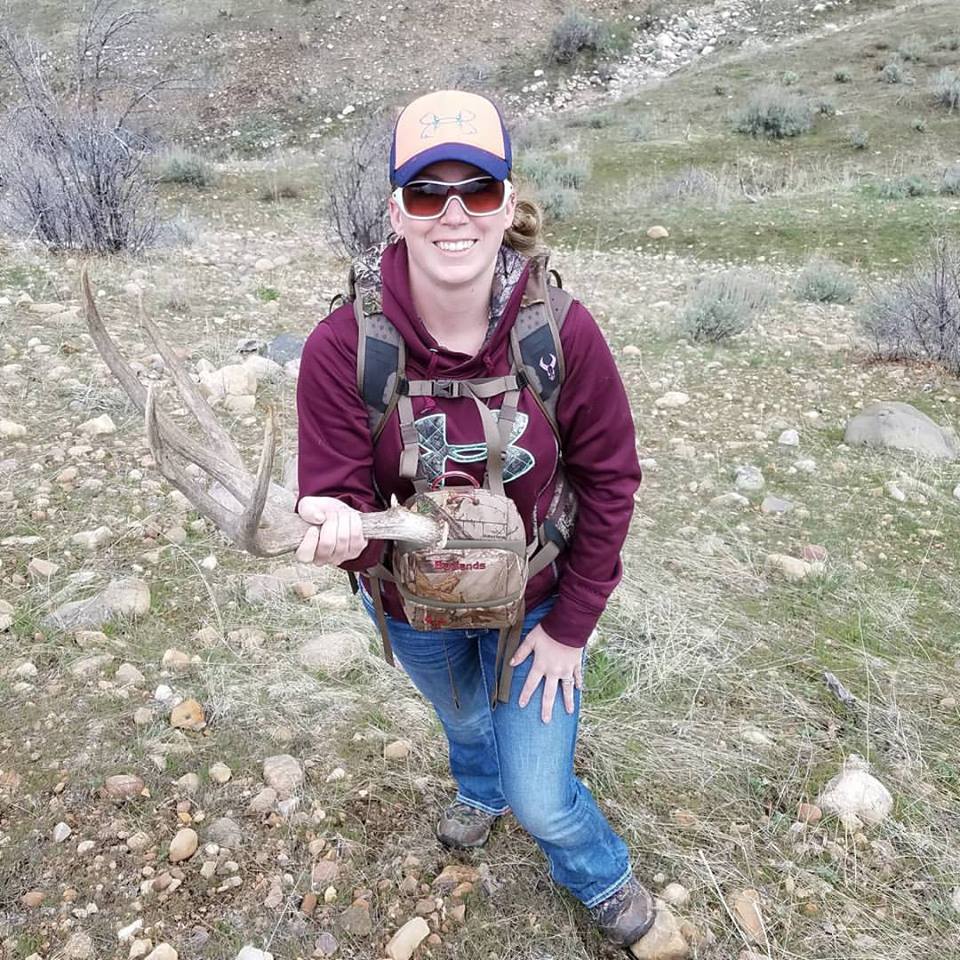 Now I fully agree with the ban, but there was some serious backlash from sportsmen that just wanted to get on the mountain and be the first to pick up some antlers. The deer and elk herds looked super rough this year due to the tremendous amount of snow we received in a very short period of time. Creating the ban helped the herds recover and it also kept some of the pressure off.

The antler gathering course, a course that reiterates keeping the pressure off of the animals and how high winter death rates are, must be completed before venturing out to gather some bone. Once you complete the course you can print off your antler gathering permit to carry with you while out shed hunting. If you do not have a permit it is illegal to gather horns.

So fast forward to the opener. It was like World War 3 had hit the mountains. We decided to wait until the afternoon because of the immense amount of people on the mountains (even though we were going to hike our private property). 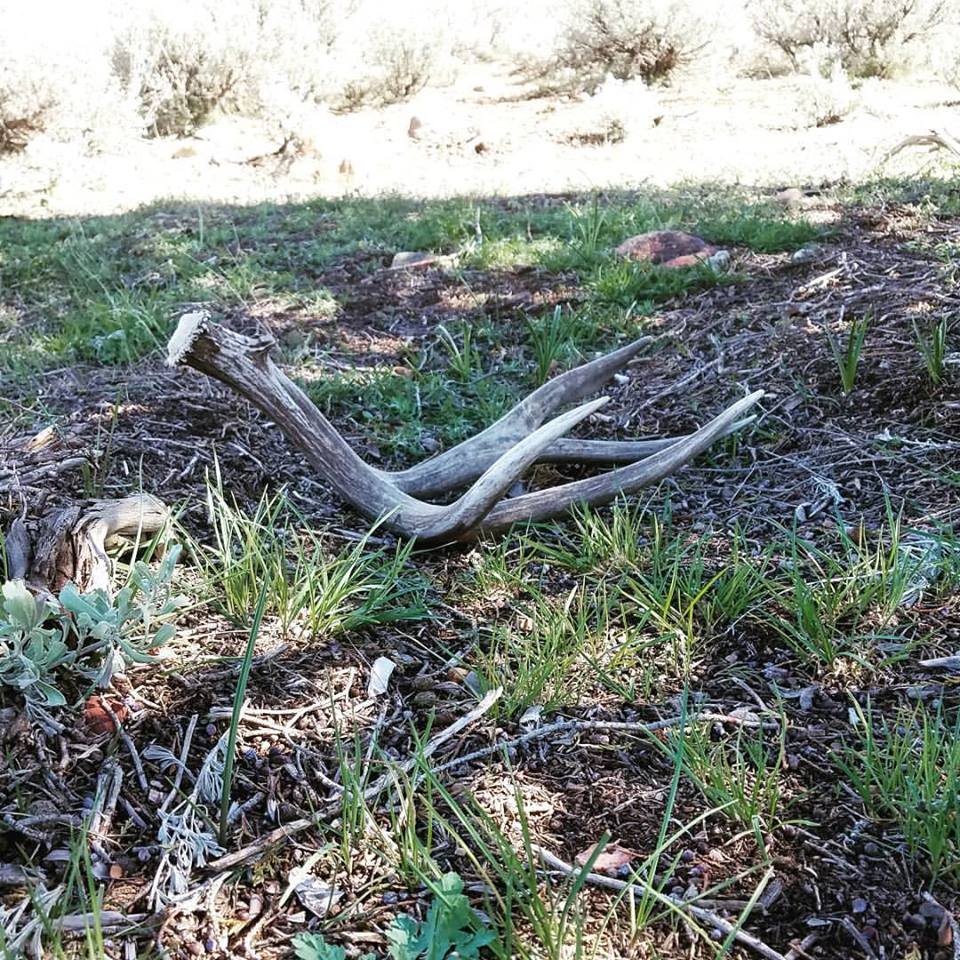 We ended up doing really well opening day. Having only hiked around 6 miles, we came back home with 3 antlers, all brownies! One around 80 inches and a small 2 point set that was found only ten feet apart from each other! The sad thing is we had seen week-old boot tracks following the game trails in some of the public land areas on opening day, most likely people out shed hunting early. Our game wardens seemed to be on top of the issue though. Citations were written for anyone gathering antlers before the ban was lifted Fines exceeded $1000. It is sad that sportsmen and women can’t follow a simple rule… No antler gathering! We ended up going the next day for a quick hike and found the match to the monster horn we’d found the previous day. This buck never made an appearance on our game cameras and we had never seen him on our scouting trips but ding dang this buck is a BEAST! Both sides are around 80 inches and both sides are heavy! Total lucky find but we will take it!

All in all I think that the antler ban was a success. Antlers were found in the winter range areas and matches were found closer together. We only covered 10 miles in two days and matched up two sets. Normally we cover 20 miles to find one horn let alone a match.

I am hoping that the DWR will consider doing the ban again next year. It was nice enjoying the animals in the winter ranges longer and we also got to do more scouting for next hunting season. And most of all we had fun!