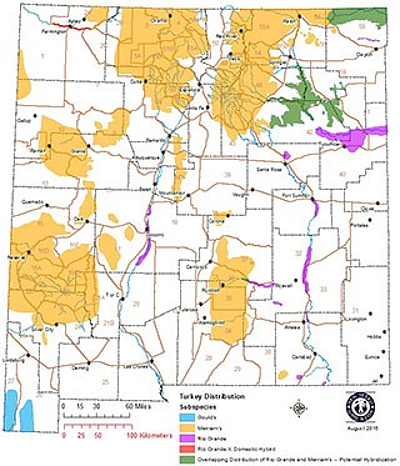 Well after two weeks of Turkey hunting here in New Mexico, it looks like it is “tag soup” for me as far as spring turkey goes. Despite being one of the many hunters out there that had the same unlucky results, it was still a great adventure and learning experience. As I mentioned in a previous blog, New Mexico is home to 3 of the 5 recognized North American subspecies of wild turkey: The Merriam, Rio Grande and the Gould’s turkey. In my hunt, I primarily focused on hunting the Rio Grande and also hitting the hills for a Merriam.

To get started, I went to one of the authorized vendors listed through the game and fish to purchase my Over-the-counter (OTC) license. There is quite a list of vendors spread across the state, which made it convenient. Of course, depending on which vendor you choose (which in my case was Sportsmans Warehouse), you can make other hunting purchases that might have been on your bucket list. Certainly a bonus.

With license in hand, pack and gear and decoy loaded (and of course my PSE bow), I was ready to start my search. Since it was the first year that I was going to be hunting Turkey in New Mexico, I took some time to do some research for areas I wanted to hit. I knew of some places within the hunting units that I had hunted before, but also knew that there were people that had success off the river which was close to my home. I only had the weekends and the evenings after work to go out to hunt. The possibility to hunt closer to home was exciting for me. After speaking to fellow hunters, getting tips and spots to hit, I decided I was going to try to hit the river and try to bag a couple of Rio Grande Toms. 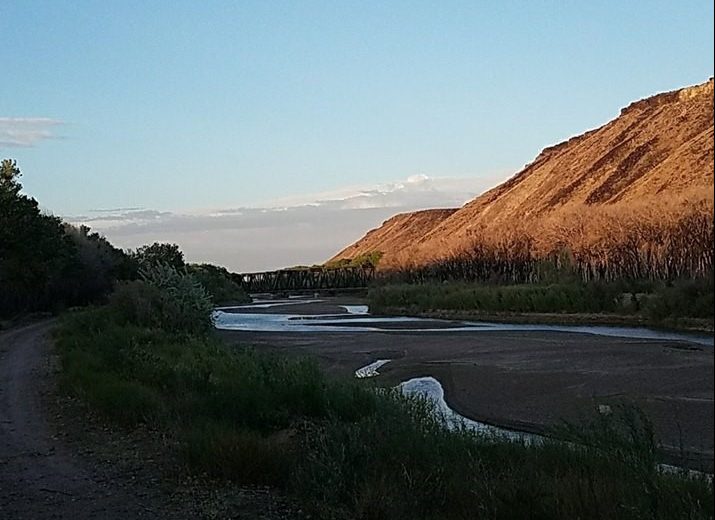 Taking my new-found information, I hit the River. Spotting a turkey, I watched it for a bit, then quickly tried to evaluate which direction it was walking. I located a road that was not far from where I had seen the bird and took the truck down to see if I could get ahead of the bird to set up in an area where it might come out.

After a hike through the bosque (a type of forest habitat), I glanced back and spotted movement coming toward me. Quickly placing a decoy, I set up about 20 yards back from it. With the thick cover, I didn’t have to go far.  Since I was hunting with a bow, I wanted to give myself a clear shooting lane. Letting out a few calls, I saw the turkey begin working more in my direction. As the bird made its way closer, I was bummed to see that it was a hen. I sat and watched her for a while as she checked out the decoy. After about 30 minutes, she wandered off. With no other movement, I grabbed my decoy and headed back out.

About my third evening out exploring and hunting the river, I was preparing to pack it in and walk back towards the truck when I spotted a turkey working away from me on the road. Although I was pretty sure it was a hen, I threw out a few calls, and got her to turn around. Sure enough a hen, but it was still fun watching her respond and calling her right up to me, less then 5 feet from the truck. 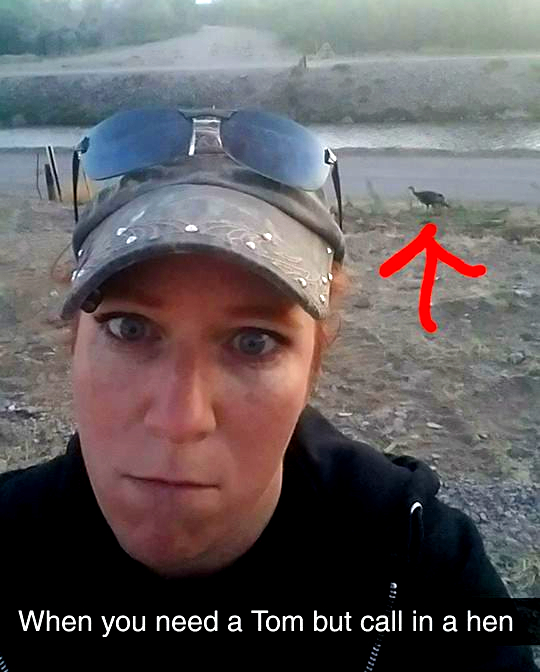 After almost a week of hunting the river, I decided to make a change of scenery and hit the mountains to try my luck at the Merriam’s. It being the last weekend of the season, there were a lot of hunters hitting the area hard. The areas where I knew turkey had frequented were full of hunters. There were even some ranchers out chasing their cows, so needless to say, I had to check out some new areas. Many miles and hours of glassing… no luck. However, it did give me a great opportunity to enjoy the awesome scenery the “Land of Enchantment” has to offer.

The remainder of my week, was spent along the Rio Grande River. I certainly enjoyed watching the wildlife on my evening treks, running into a tub full of deer, seeing javalina, beaver, a ton of ducks and, oh yeah, turkeys.

In the end, I still feel it was an awesome hunt. I learned new area and will definitely be looking forward to the fall, when I can hunt them once again.